Written by Rebecca Tucker   The first time I looked out over Paris from the top of the Eiffel Tower, I was alone. Not alone alone, obviously —...

The first time I looked out over Paris from the top of the Eiffel Tower, I was alone.

Not alone alone, obviously — you’d probably have to privately book the City of Light’s most famous landmark if you wanted complete and literal solitude — but travelling without a companion.

I’d come to the tower after two days of walking the banks of the Seine (alone), visiting galleries (alone), eating my first plate of escargots (alone), and ascending, time and time again, the steps to the Sacre-Coeur basilica in Montmartre for a birds-eye view of the entire city.

In Europe’s most romantic city. And I’ve been a dedicated solo traveller ever since.

Solo travel can be an intimidating prospect — particularly for women and members of marginalized or minority communities, who are conditioned to understand that solitude, especially in unfamiliar places, is dangerous and therefore to be avoided entirely. And this is, statistically, not without merit.

But it’s not the only thing holding us back: there’s also the idea that solo travel is frivolous, wasteful (of time and money), and, well, isn’t it just sort of sad?

Times have changed. Today’s younger generations — working back from Gen Z to, let’s say, Millennials, with apologies to Gen X — are earning less, marrying later, and travelling more. Moreover, they are, with a frequency that increases exponentially year over year, travelling alone.

And it’s not just us kids: though younger people comprise the largest share of solo travellers, there’s no shortage of individuals from all demographics who are hitting the road on their own.

When I took my trip to Paris, I had never been to Europe — and, for lack of a romantic partner or close friend who was willing or able to head abroad at the specific time I wanted to go, I felt I simply had no choice but to go it alone.

Since then, it’s been difficult for me to come around to the idea of travelling with anyone.

During my last long-term relationship, I planned, booked, and took the lion’s share of my trips alone — though here, there was a difference. At the time, I was producing some travel journalism for the National Post, a national daily broadsheet newspaper based in Toronto, Canada, which occasionally allowed me to take trips with small groups of other travel writers from around the world.

Which introduces, of course, another facet: the idea of travelling alone, but as part of a consortium of strangers. Small-group travel, as it’s known at G Adventures.

It offers safety for those who are unable to liberate themselves from the idea that doing things alone is fundamentally dangerous, and confidence for those who are nervous about or unsure where to start when it comes to itinerary-planning.

And if you’re lucky, you make friends: I’m still good friends with a woman I met in Scotland six years ago — a fellow travel writer — over drams of whiskey in the Highlands. 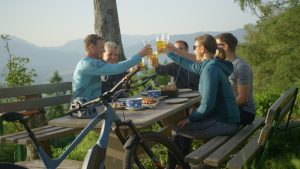 When it comes down to it, travel is about freedom.

It’s a luxury and a privilege, and it’s important to get as much out of the experience as you can, if you’re lucky enough to have it.

Alone, you are the master of your own time — you do what you like, when you like, with built-in time for introspection or reflection, if and when you want it. Your interactions are your own, uncoloured by the pressures of a companion or companions whose expectations might differ from your own. If you miss a stop, you’re accountable to only yourself. You learn a lot about yourself when you’re on the road, and eventually, when you’re alone, you build a fundamentally unique set of mental muscles that allow you to internalize lessons, in a way that is entirely your own, about the world you live in. Few things offer a higher return on the investment of courage than travelling alone.

Alone, and in a group, you are afforded confidence and safety, but with space and free time to engage, learn, and be.

Humans are fundamentally social creatures. We crave connection and shared experience. But these statements are not at odds with the idea of solo exploration; of not letting oneself be held back from the things they want to see and the places they want to learn about firsthand by a lack of companionship, romantic or otherwise — particularly since getting oneself outside of one’s comfort zone often results in the most powerful connections and the most impactful experiences of all.

Of course, it also requires a bit more planning.

Back in Paris, for instance, I descended the tower and made my way to Gare Centrale only to discover I’d missed my train out of the city. If you’re going to go it alone, then, at least make sure you have a watch. 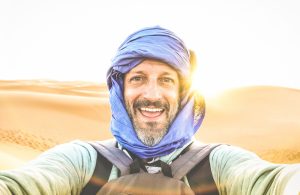 This post was originally posted on February 13, 2020 on GAdventures.

Years in the travel business: 16+ in writing business for publications including Sotheby’s Insight, BOLD Magazine, Aeroplan, Yohomo, and Destination Toronto Travel philosophy: Writing about the thrilling destinations around the world that excite him most. Ask him about: His first travel story, “Urban Exotic: Mexico City,” for Arrival Magazine winning Best Feature Article (GOLD) at the Magnum Opus Awards in 2011.

Luck of the Irish

With the uniquely curated experiences from Royal Irish Tours, lucky travellers get to explore the Emerald Isle — their way. “Céad míle fáilte” is the

January and February of each year bring a time when most of us are paying bills and recuperating from the holiday’s frivolities. The snow makes you long for

4 Vows from a Hard Rock Wedding

For more than a year, couples found themselves (understandably) forced to cancel wedding plans. WHITE SAND WEDDING: Create the wedding that is as unique as you

Your request is important to us. We are currently
addressing pandemic needs and will get back to
you in 1 to 2 business days.